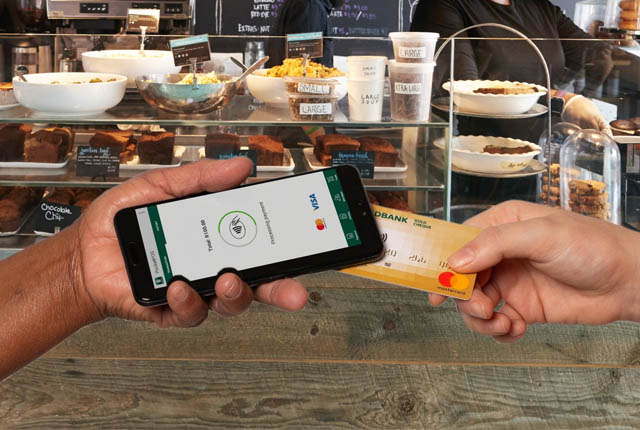 Nedbank recently launched its new tap-on-phone functionality, which allows its clients to use their smartphones as point-of-sale (POS) terminals.

This means they can accept NFC payments, whether from a contactless card or a payment app on a smartwatch or other smartphone, without needing to own a dedicated payment terminal.

The technology is made possible through a product called “Halo”, which was created by South African software development and consulting company Synthesis.

Halo is a mobile payment terminal platform that is compatible with any Android smartphone that supports NFC technology.

Synthesis has partnered with Nedbank to offer this tap-on-phone functionality exclusively through Nedbank for just under a year, although it could technically be adopted by other banks following this exclusivity period.

MyBroadband spoke to Synthesis Product Manager Pierre Aurel about the development of the software and its potential applications.

“We have had interest from other acquiring banks, but won’t go live with another SA bank until after the exclusivity period,” Aurel said.

“We can, however, work with banks outside of South Africa, which means we’ll be aiming to win customers offshore and compete globally.”

Synthesis’s target markets for the rollout of Halo are regions with high contactless adoption, such as countries in Europe and Asia.

Aurel noted that Synthesis is not the first global provider to pilot tap-on-phone technology, but it said it is well-placed to roll out Halo both locally and globally.

“We’re a proudly South African company and believe we can be the best in the world when it comes to Tap on Phone.”

“Tap on Phone is currently being run as a pilot programme with Visa and Mastercard,” Aurel said.

“Next year we will transition from the Pilot phase to the PCI CPoC (Contactless Payments on Commercial off the Shelf) standard.”

He noted that Halo currently does not include PIN entry requirements for higher value transactions, but this will be piloted by Synthesis before the end of the year.

Considering the global pandemic, Aurel believes that Halo is uniquely positioned to address the challenge of fast and convenient payments.

“Call it fortuitous timing, but the fact that this emerging technology has arrived during a pandemic means we expect rapid adoption of Tap on Phone,” he said.

“As physical distancing becomes the new norm and we move towards a cashless society, contactless payments will be part of every purchase or payment interaction.”

The solution is particularly compelling for street vendors who previously would not have access to a traditional POS terminal.

Aurel noted that because iOS is closed to the development of payment apps, Halo is currently only available for Android devices.

“We’re also watching how the Huawei situation develops with the decoupling from Google and the growth of their own App store.”

The tap-on-phone payment method enabled by Halo has similar security to that of online and app banking services, as it requires users to log in with their credentials.

“Assuming there were fraudulent transactions, these would be settled into a bank account of a known merchant, so it would be easy to trace as the bank knows their merchants and have the necessary fraud teams to take action,” Aurel said.

“The risk here would be the same as someone stealing another merchant’s traditional POS device and making payments in the merchant’s account.”

“The thief cannot access the money from the merchant’s account, except if there was collusion,” he said.

The Halo application has various security features which meet the requirements set out by both Visa and Mastercard.

“More than 50% of our development effort and time has purely been on the security architecture of the App,” Aurel said.

“Luckily, the Synthesis team had the right mix of skilled experts in cryptography, security and cloud computing to deliver this.”

The app is subjected to almost all the same tests as a traditional POS terminal, and the proprietary software kernel developed by Synthesis for the application has obtained L2 certification for both Visa and Mastercard.

“There are many barriers to obtaining this certification, these include having specialist technical skills, sponsorship from a bank (acquirer) and the certification costs (approx. R 1.2mil),” Aurel said.

“This puts Halo in an elite club of payment providers across the globe.”

At Velforms, we pride ourselves in providing our clients with best possible payment solutions. Velforms Technology has been in the Point of Sales Business for many years, our primary focus is to provide our clients with cost effective solutions for card processing system both in hard ware and software.